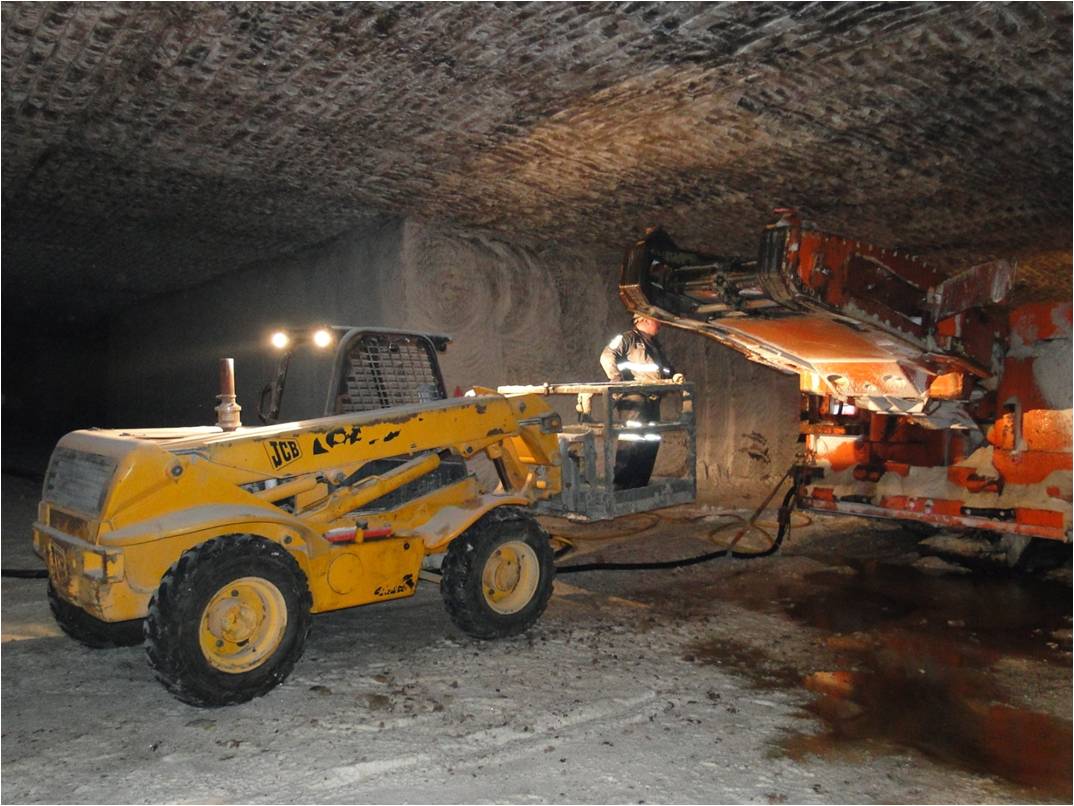 History of The Detroit Salt Mine

Genesis of a Salt Mine

Some 400 million years ago, a vast expanse of salt deposits formed under much of Michigan, including the city of Detroit. Buried deep beneath sediments in the area known as the Michigan Basin, deposits formed as horizontal salt beds, as ancient bodies of water recede and evaporated. The basin was an arid area of Michigan’s lower peninsula separated from the ocean by a natural bar of land. As the basin continued to sink lower into the earth, salt-laden ocean water repeatedly poured into the depression, where it gradually evaporated, forming miles of salt beds.

Since its earliest days, the mine’s underground city of salt has held the fascination of many and has evolved into a modern day engineering marvel.

Evolution of the Detroit Mine: 1895 to present 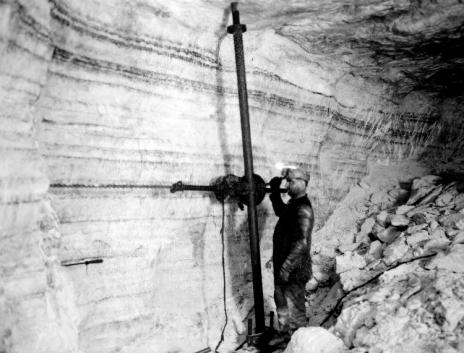 The existence of rock salt in the Detroit area was discovered in 1895. By 1906, the Detroit Salt and Manufacturing Company was ready to tackle the chore of creating a local rock salt mine. The struggle down to the salt beds is one of the most impressive engineering accomplishments of its time.

From the sinking of the first shaft, construction crews were faced with daunting challenges. Hydrogen sulfide gas and hundreds of feet of stone and glacial drift proved to be large impediments to their progress. Sinking the shaft also was a costly undertaking, causing the Detroit Salt and Manufacturing Company to go bankrupt before ever reaching the prize of its efforts - salt.

Following a business reorganization, the new Detroit Salt Company completed the 1,060-foot shaft in 1910. Just two years later, the mine changed hands again following an acquisition by the Watkins Salt Company, which incorporated the new organization under the name Detroit Rock Salt Company. After sinking the shaft another 100 feet, miners began working a second salt bed. The new operation improved productivity and delivered  higher purity rock salt. The success of the Detroit mine quickly caught the attention of a competitor, the International Salt Company. Strategizing to maintain its hold on the Midwestern market, International Salt purchased the mine.

By 1914, the Detroit mine was producing 8,000 tons of rock salt each month, mainly for the leather and food processing industries. An increase in manpower, money and equipment was paying off in a big way. Workers turned electric locomotives, mechanical shovels and electric power to help alleviate the physical demands of mining. These advancements in technology pushed the Detroit mine to even greater productivity.

In 1922, the company began to dig a larger, second shaft to increase the rate of hoisting rock salt to the surface. Within three years, the second shaft was in operation, leaving the first shaft to haul men and materials. Every piece of equipment used today has been lowered down the second shaft. Due to the shaft’s narrow openings, most equipment is disassembled and lowered piece by piece, then reassembled in a machine shop below.

In 1983, International Salt closed the mine's operations. Two years after the closure, Crystal Mines, Inc., purchased the mine as a potential storage site. In 1997, the Detroit Salt Company, LLC, purchased the mine from Crystal Mines, Inc. and began salt production in the fall of 1998. Although the leather and food industries were once large customers to the Detroit mine, road deicing salt is the only product the mine currently provides.  The Detroit Salt Company, LLC, employs the latest mining techniques, making it one of the safest, most modern and efficient mine in the world.

In 2010, The Kissner Group purchased the Detroit Salt Company, LLC, along with ownership of the mine.  Today, the two companies work synergistically together to provide North America with a full line of ice melter products ranging from bulk rock salt to bagged rock salt and premium blended formulations.