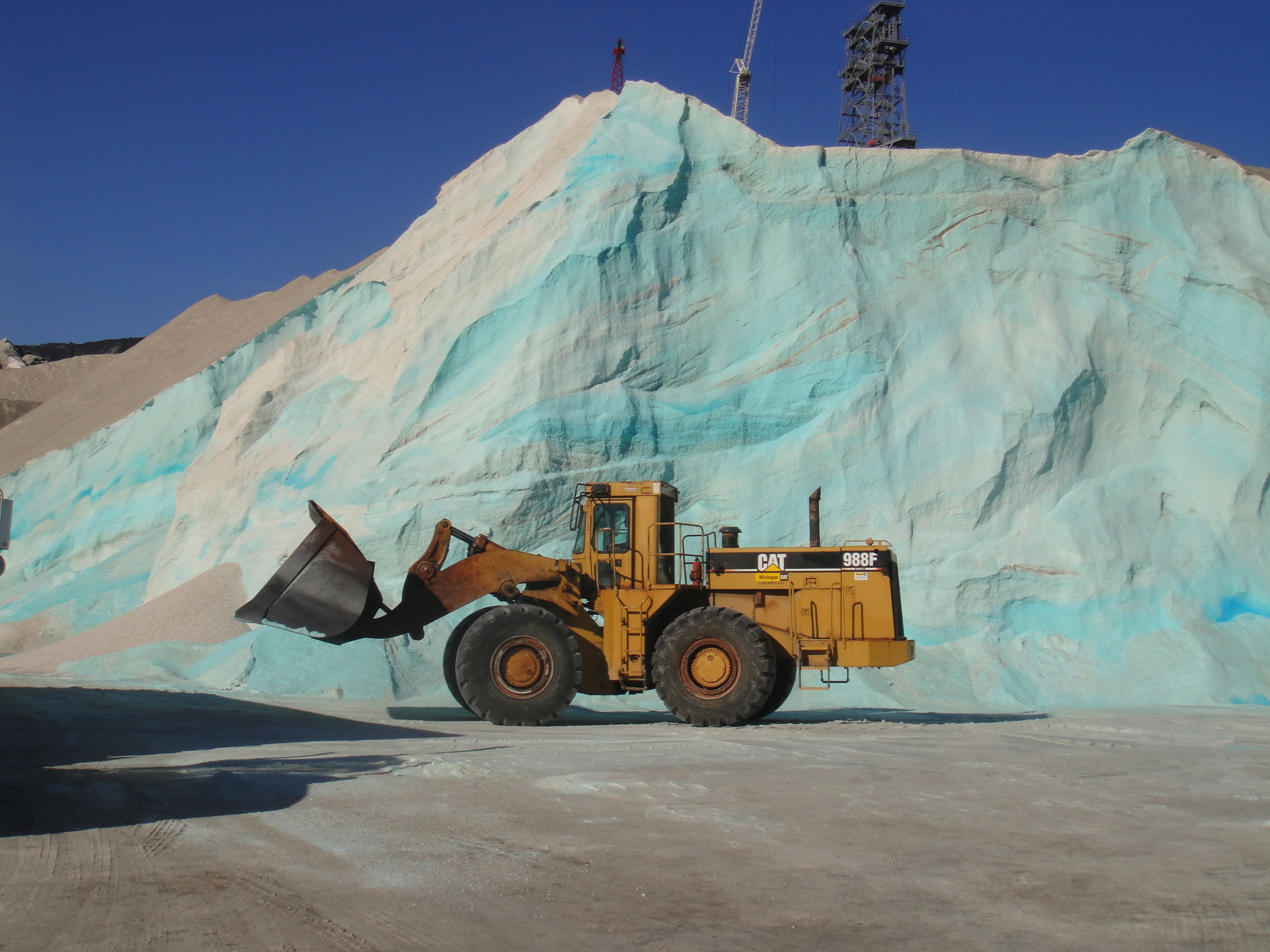 Approximately 1,000 feet of rock lie atop the vein of salt. To safely extract the salt from the deep deposits, Detroit Salt Company employs the “room and pillar” system. This method creates massive pillars, which support the mine roof and the overburden separating the mine from the surface. Parallel galleries – or rooms – give the mine a checkerboard pattern, allowing machinery to easily move a design for future expansion and serves as an air course for fresh, ventilated air in worker-occupied areas. 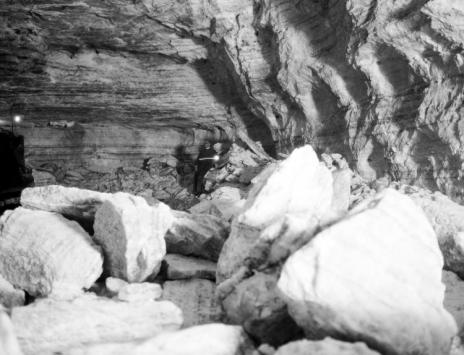 The extraction process begins with undercutting the mine walls level with the floor. A self-propelled undercutter carves channels at the base of the deposit and across the entire room. This channel fosters efficient explosive blasting and creates a smooth mine floor. A special drilling machine then bores 40 or more holes into the salt face, which miners then prime and with pellets of explosive materials. Blasting-cap wires are spliced together, placed in the open ends of the hole and then attached to an electrical ignition cap. Miners ignite the explosives, creating a blast that dislodges 800 to 900 tons of rock salt in less than three seconds. The depth of the mine and cushion of the overburden absorbs the blast vibrations, preventing any surface damage to immediate and surrounding areas.

After the blasting, miners scale loose pieces of rock salt from the roof and side walls. Huge front-end loaders remove and transport the blasted rock salt to the primary crusher. Loaders dump 12-ton loads of salt into a powerful spinning crusher, where large pieces are quickly devoured, emerging no larger then eight inches in diameter. The salt leaves the primary crusher via thousands of feet of a continuous conveyor belt. It is refined and crushed once again before being transported to the hoisting shaft where skip hoists bring 10-ton  loads to the surface in a matter of seconds. Upon reaching the surface, the salt is sent to either a rail car for shipping or stacking conveyor to store for later use. The operation boasts a marked increase in productivity within the last decade due to improved technology and more efficient operations.